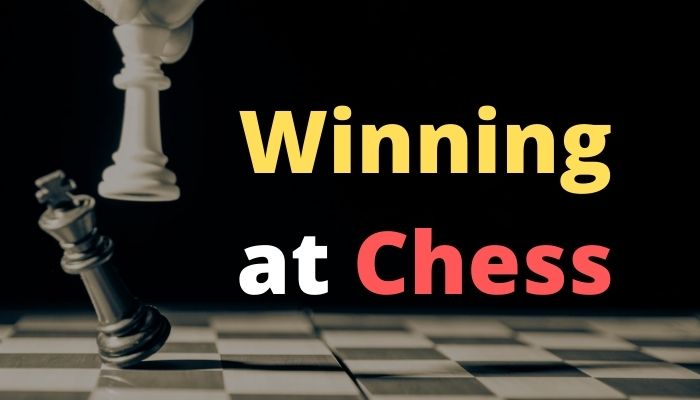 Chess is simple to learn, but hard to master. And even after hundreds of years, people are still trying to find the best way to play the game.

Fortunately, as a casual player, you won’t have to worry about tiny details.

1. Control the center with your pawns

It’s often a good idea to start the game by moving your center pawns. This will help you to control the center.

Grabbing the center with your pawns is important because it will give you enough space to naturally develop your other pieces.

Moreover, having pawns in the center of the board will allow you to place your pieces close to the center as well, from where they can impact the game the most.

2. Develop all your pieces

Your pieces have little impact on the game while they are on the first rank. In the opening, you should aim to develop all your pieces as soon as possible.

Developing a piece simply means placing it on a useful square, from where it can attack an opponent’s piece or help defend one of your own pieces.

And since your pieces are the strongest when they work together, you want to develop all of them before you start attacking.

After all, it’s difficult to checkmate a king with only a single piece.

3. Don’t move the same piece twice in the opening

The fastest way to bring all your pieces into action is to move every piece only once during the opening.

A common mistake by beginners is to make move after move with only their queen in the opening and ignoring all their other pieces while doing so.

Although you can sometimes deviate from this rule if it means winning a piece, you don’t want to fall behind in development for no reason.

4. Castle your king towards safety

Keeping your king safe is an important part of chess, since the game finishes as soon as either player is checkmated.

The easiest way to bring your king to safety is by castling. This is a special move you can make with your king and rook.

For more information, you can read my article on castling in chess.

You can either castle kingside or queenside. Depending on the position on the board, one might be safer than the other.

If you make a mistake in the opening, you will have to play the rest of the game from behind.

Most of these opening mistakes can be prevented by studying opening theory.

Choose 2 or 3 chess opening that you like, and memorize the first 10 or so moves for each opening.

This way you can prepare for your upcoming chess match before even playing your first move on the board.

6. Understand the value of each piece

There are 6 unique types of pieces in a chess set that all move differently. And some of these pieces are more valuable than others.

If you have read my article on piece value, you know that rooks are worth more points than knights or bishops.

So you should exchange your bishop for a rook whenever you get the chance to do so.

7. Play with a plan in mind

once you have developed all your pieces and entered the middlegame, it’s important to come up with a plan.

Finding a good plan in a certain position isn’t easy. And every very good players often struggle with this.

But a bad plan is often better than no plan at all!

If you are simply moving pieces around aimlessly, you will give your opponent enough time to achieve their plan.

Chess is a two player game. So it’s a smart move to not only consider your own plans, but also think about what your opponent might want to do.

Sometimes you can really throw a spanner in the works for your opponent by making preventative moves.

This is referred to as prophylaxis in chess. It’s quite an advanced technique, but can definitely help you win at chess once you master it.

9. Use your time wisely

Most games of chess are played with a chess clock. And once you run out of time, you lose the game.

This means that you can’t take forever to think about your next move.

However, most beginners make the opposite mistake and take little to no time to think about the moves they make.

Only to realize a mistake seconds after making their move.

So make sure to use your time wisely!

10. Use chess strategy to get a positional advantage

The middlegame in chess is all about outsmarting your opponent. And there are a lot of strategic concepts that you can use to help you with this.

Reading my article on basic chess strategy might give you a good head start.

Most of these strategies won’t outright win you the game, but will result in a slowly increasing advantage move after move.

If you implement these strategies successfully, your opponent might lose the game without ever really understanding why.

11. Use tactics to win material

While strategy might help you win the game slowly, a crushing tactical combination might win you the game on the spot.

Most players will resign immediately after losing a queen or a rook. So you should always be on the lookout for tactics.

And most tactics aren’t even super complicated either. Even experienced players make tactical mistakes in difficult positions or under time trouble.

If you want to be able to spot simple tactics more easily, you’ll have to practice a lot of chess puzzles.

You can start by checking out my articles on the fundamental chess tactics and chess forks.

While you want to win your opponent’s pieces with tactics, you also want to prevent losing your own pieces.

The old adage that “loose pieces drop off” rings true to this day.

So the best way to prevent silly mistakes is to keep all your pieces protected at all times. Meaning, each piece should be protected by at least another piece or pawn.

This won’t prevent every possible tactic, but it will definitely reduce your chances of falling for a simply double attack.

13. Try to promote your pawns

When a pawn reaches the opposite side of the board, it can promote to any other piece.

If you choose to promote your pawn into a queen, you can turn one of the weakest pieces on the board into one of the strongest pieces!

So promoting one of your pawns is almost a guaranteed way to win the game.

And in case you didn’t know, you can have more than one queen on the board.

If you keep your original queen alive and promote all your 8 pawns, you could theoretically have 9 queens on the board. You can’t possibly lose the game with that many queens!

Sooner or later you’ll have to checkmate your opponent to win the game. This can happen in the middlegame, in the endgame, and in some rare occasions even in the opening.

However, most games are decided in the endgame because it’s quite tricky to checkmate your opponent when their king is defended by a lot of pieces.

If you have a large material advantage over your opponent, the easiest way to win is normally to trade all the pieces until you are left with only the extra piece.

Soccer would be a great analogy for this.

Scoring a goal when playing 11 players against 10 players can still be quite difficult. But score a goal when you are playing 2 against 1 should be very easy.

Congratulations, you have won a game of chess!

But if you really want to become better at chess, there is still a lot of work to be done.

After each game, you want to go over all your moves and see if you made any mistakes, so you won’t make them again in future games.

If you don’t know how to write down your moves yet, you can read my article on algebraic chess notation.

If you are having difficulty analyzing your own games, you can also ask a stronger player or a chess engine for help.