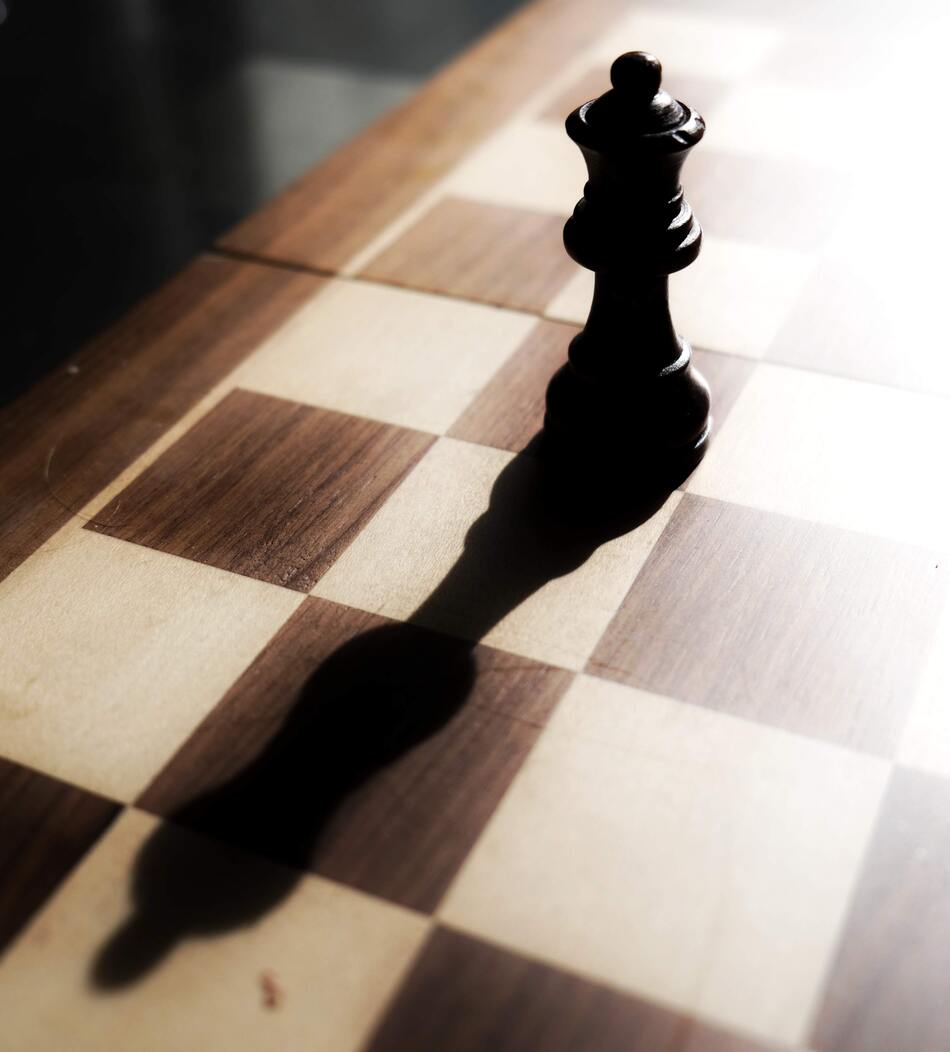 The queen is the strongest chess piece and can move across the board faster than any of the other pieces.

And although she is very strong at attacking the opponent, she is simultaneously very weak at defending other pieces and crucial squares.

Since you only get one queen every game, you have to be very careful with her and not lose her on accident.

Let’s take a look at exactly how the queen moves in chess, so you can make the most out of this unique piece.

How queens move in chess

The queen can move horizontally, vertically, and diagonally for as many squares as she wants, as long as the squares are unoccupied. That means the queen can move in 8 directions, which is more than any other piece except the king.

As you can see, the queen can move to 27 squares from her central position on the board. This is more than any other piece, which makes the queen so powerful.

How many spaces can a queen move in chess?

The queen can move as many spaces in one direction as she wants, as long as all the squares along the way are unoccupied. Since the chess board is only 8×8 in size, the largest number of spaces that the queen can move at once is 7.

However, moving the maximum number of squares is not always better than moving just one or two squares.

However, when pieces are blocking the queen, she can’t move as many spaces.

When an opponent’s piece is blocking your queen, you can capture it. But you can’t move over or past it.

So in the position above, if the white queen wants to move horizontally, she can move only to b1 or c1 because the white king is blocking the queen from moving any further.

Similarly, the queen can only move to b2 diagonally because of the white knight blocking the way.

However, vertically the queen can move all the way to a5 to capture the black pawn. Of course, she can also move to a2, a3, or a4 because capturing is not mandatory.

How does the queen capture in chess?

The queen can capture pieces by moving to a square that is already occupied by one of your opponent’s pieces. The opponent’s piece will then be removed from the board, and your queen will now be placed on that square.

This means the queen in chess can capture horizontally, vertically, and diagonally, both forwards and backwards.

The two diagrams below show the before and after positions of the white queen capturing the black knight.

Keep in mind that capturing is not mandatory in chess. So the white queen could also move to one of the empty squares instead of capturing a piece.

When to move the queen in chess?

In the starting position, your queen is completely surrounded by friendly pieces. And since the queen can’t jump over pieces, you’ll have to move some of your pawns before you will be able to move your queen.

However, moving your queen too far forward in the early game is normally not a good idea. Your queen is a very valuable piece, so whenever it gets attacked you’ll probably have to move it again.

If you place your queen in the center during the opening, the opponent can probably attack it and develop his/her own pieces at the same time.

The position below follows from a typical Scandinavian defense. Black brought out the queen on move 2 already.

White can now develop the knight to c3 and attack the black queen. And black will be forced to move the queen again, since trading a queen for a knight is never a good idea.

So try to place your queen on safe squares at the beginning of the game. When some pieces get off the board, the queen has more freedom to move around.

For more information, you can read my article comparing queens and knights.

Can the queen jump in chess?

No, the queen can’t jump over pieces, regardless if they are your own or if they belong to your opponent. If a piece is blocking your queen, you’ll have to move around it, which will normally take 2 or more moves.

However, if the queen is blocked by one of your opponent’s pieces, you can also capture that piece.

For more information, you can read my article on whether queens can move like knights.

Can a queen move backwards in chess?

For more information, you can read my article on what chess pieces can move backwards.

Which way can the queen move in chess?

The queen in chess can move in three ways: horizontally, vertically, and diagonally. She can move as many squares as she wants in one of these directions, as long as she is not blocked by other pieces.

A bishop can only move to squares of the same color, as shown below:

If you want to know move, you can read my article about how bishops move in chess.

Can a queen move as a rook?

Yes, the queen can move and capture both horizontally and vertically like a rook. However, the queen can also move diagonally, so she can often reach important squares faster than a rook.

The diagrams below compare how the rook and queen can move in chess:

For more information, you can read my article on how the rook moves in chess.

Can the queen and rook switch places?

There are several rules related to castling that you need to know. For a full explanation, you can read my article on castling in chess.

Can the queen move in L shape?

Below, you can see how the knight moves in chess:

Can the queen move anywhere in chess?

As long as there are no pieces to block her, the queen can move anywhere horizontally, vertically, or diagonally on the chess board. This means that the chess queen can reach any square on an empty board within two moves.

Can a queen move sideways?

Yes, the queen can move sideways as many spaces as she wants to, as long as she isn’t blocked by other pieces. The queen can also capture opponent’s pieces sideways.

Can a queen move diagonally in chess?

Also read my article on all the pieces that can move diagonally in chess.