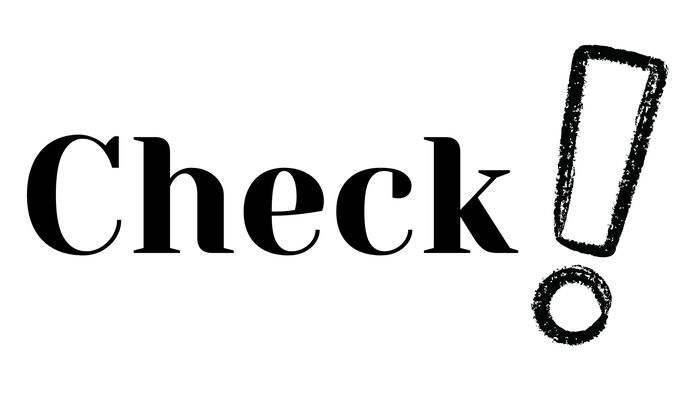 You have probably heard some chess players announce “check” or “checkmate” out loud while playing.

But other players will check you without saying anything. Which begs the question: do you have to say check in chess?

Saying check is not required according to the chess rules and is normally omitted in formal games. However, beginners will often announce check when playing.

Let’s take a closer look at the chess rules, so you know when to say check and when to say nothing.

Why do they say check in chess?

A check occurs when a king is being attacked. So by saying “check” out loud, you are letting your opponent know to pay attention to the safety of their king.

Normally, you will only hear beginners say check out loud to notify their opponent, because experienced players will notice the check right away.

When your king is in check, you have to deal with the check. Any moves that doesn’t protect the king are considered illegal moves.

So announcing a check will also prevent players from making illegal moves.

You are not required to say check according to the chess rules. It is up to you to decide if you want to announce it or not.

As a rule of thumb, only say check if you suspect that your opponent might have missed it.

However, if your opponent missed the check and made a move that left their king in danger, you have to notify them of their mistake.

Do pros say check in chess?

Pros and experienced players don’t say check, since this might disturb their opponent’s thinking or bother the other players in the room.

Moreover, if your opponent has a rating above 1200 you may assume that they will notice the check by themselves, unless you are playing speed chess.

Saying check might even be frowned upon or considered rude if your opponent is a strong player. Because by saying it out loud, you are implying that your opponent isn’t good enough to realize that their king is being attacked.

What happens if you don’t say check in chess?

You are not required to announce a check. So whether you say check out loud or not doesn’t matter. If your opponent deals with the threat to the king, the game will continue normally.

What happens if you don’t notice a check?

Since your opponent doesn’t have to announce a check, you can sometimes accidentally make a move that doesn’t deal with the check.

If your opponent points out your mistake, there are a few things that might happen.

In a classical chess game, your opponent will let you know that your king was in check, you’ll have to take back your move, and you’ll get to make a new move that addresses the check.

However, the touch-move-rule still applies here. So if you can deal with the check by using the piece you tried to move before, you have to use that piece. Even if there are better ways to undo the check.

Only if it’s impossible to deal with the check by using the same piece do you get to move a different piece.

If your opponent also doesn’t notice that your king was in check, the game continues as normal. If either player notices the mistake on a later move, you’ll have to retrace all the moves and make a legal move instead.

In this case, it’s best to let the arbiter know as well, since you might receive additional time on the clock.

In faster time controls such as bullet, blitz, or rapid chess your opponent can normally claim a win immediately if you didn’t notice the check.

However, your opponent has to wait until you pressed the clock. If you made a move and noticed your mistake before pressing the clock, you get to correct your mistake.

Moreover, if your opponent doesn’t claim the victory right away and makes a move instead, then the game continues as normal. Your opponent can’t claim a win after making a move.

Can you win chess without saying check?

Yes, since you don’t have to say “check” you can checkmate your opponent and win the game without having to say anything. Chess players normally don’t talk for the entire duration of the game.

Do you have to say checkmate?

No, you don’t have to announce check or checkmate when playing chess. So you can play the entire game without having to say anything.

Normally, your opponent will realize it’s a checkmate and shake your hand to recognize defeat.

If you are not sure how a check and checkmate differ, you can read my article about checkmate in chess.

What happens if you don’t say checkmate in chess?

The game finishes as soon as you checkmate your opponent. It doesn’t matter if you say it out loud or not. However, if after a while you suspect that your opponent doesn’t realize that it’s checkmate, you can bring it to their attention.

Is it rude to say checkmate in chess?

Among experienced players, it’s normally considered bad form to say “checkmate” no matter how happy you are with the victory.

You don’t want to rub their loss in their face or raise the impression that they aren’t good enough to realize that it’s a checkmate.

As a rule of them, I normally give my opponent some time to process what happened. In most cases, they will admit their loss and congratulate you by themselves.

However, if they start to think deeply about their next move, I simply offer them my hand for a handshake.

Only if they still don’t get the hint would I mention that it’s a checkmate out loud.

Saying “check” or “checkmate” isn’t required in chess and might even be considered rude among experienced players. However, beginners might still say it to help their opponent out and prevent them from making illegal moves.

Here are just a few more questions that you might have that I only touched on tangentially yet.

No, grandmasters don’t say “check” or “checkmate” because their opponent will notice it before they could even announce it anyway. Moreover, saying it might even distract or disturb their opponent’s concentration.

If you don’t say check in chess do you lose?

No, saying “check” isn’t mandatory in chess, so you don’t lose if you forget to say it. You can win a game of chess without having to say a single word.

Can you kill the king without saying check?

Yes, since it’s not required to say “check”, you can checkmate and kill your opponent’s king without saying anything.

Do you have to say check before checkmate?

No, you don’t have to say either “check” or “checkmate”. So you can also checkmate someone without saying check.